About the Northern Virginia Bird Club

The Northern Virginia Bird Club was founded in 1954 as the Northern Virginia Chapter of the Virginia Society of Ornithology. While we are still a chapter of the VSO, we have shortened our name.  The Club maintains a website at www.nvabc.org.
Inquiries can be sent to the President at  lgmeade@gmail.com. The quarterly newsletter, The Siskin, is a high quality publication containing articles of interest to local birders as well as a calendar of bird walks.

The Northern Virginia Bird Club is a non-profit 501(c)(3) organization which provides nearly 600 members the opportunity to conserve, watch, enjoy, study and understand birds and their habitats and interactions with people. The primary method of achieving these educational aims is by having more than 100 bird walks each year. These walks, led by volunteer members, are held at local, regional, state and national parks throughout northern Virginia, and occasionally even further afield. The volunteer spirit of the members has kept the membership fee low, at $10 per year for individuals and $15 per year for families. 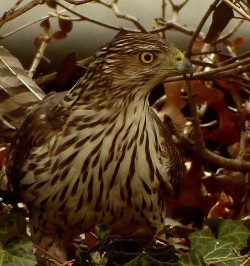 The Club encourages the use of e-Bird to report bird sightings to build this long-term database of birds and their locations.  Many members participate in area Christmas Bird Counts in this citizen science effort to collect bird numbers and locales in order to track trends over time. Members also participate in a number of local and regional birdathons, which raise money for science and conservation efforts. The Club also encourages contributions to the effort started in 2016 to revise the Virginia Breeding Bird Atlas. Some years ago the club designed and helped to finance a bird stream in Fort C.F. Smith Park in an effort spearheaded by Val Kitchens.  Today the Club’s youth birding scholarship is named in memory of Val.

Evening meetings are held four times a year with entertaining and educational programs, presented by members of the Club and local ornithological scientists. These meetings are normally held on the third Thursday in February, April, September and November at 8:00 p.m. At the April 2021 general meeting, officers and directors were elected to serve two-year terms beginning July 1, 2021.